Italy is under quarantine? Come to Berlin, See Raphael at Gemäldegalerie, AND Kupferstichkabinett! 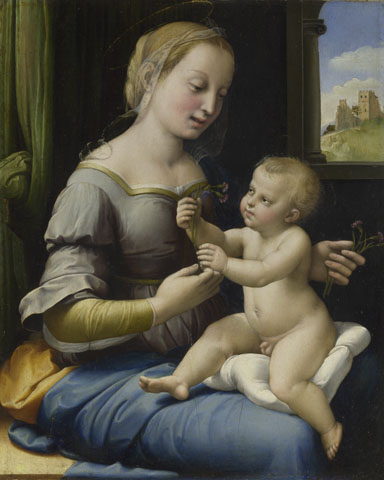 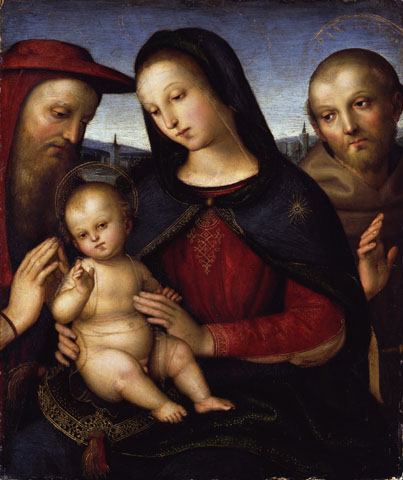 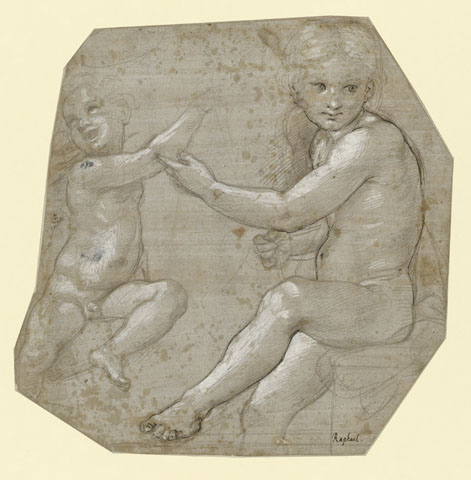 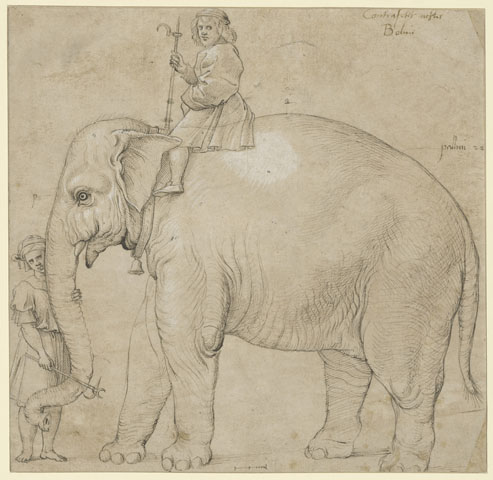 (Berlin.) Throwback to November 2019, the weather in Berlin was the same as now, Wuhan only a city in China, and you could sip a Corona without being “funny”, while Gemäldegalerie opened a show on the Italian Renaissance genius Raphael. It was a legit attempt at being one of the first in the world to commemorate the 500th anniversary of the artist’s passing. - Almost as if they knew something, and thinking about it again, there was this Chinese art (and business) event earlier, but no, definitely coincidence and perfect timing. Now it’s 2020, and the “Raphael Year” has turned out to be the Chinese Year of the Bat - current events have even overtaken the completion of this article: Berlin museums are actually shut down, too.

While some are hoarding tp and disinfection spray, others keep smashing their head against the wall – “Why have I not ordered a thousand breathing masks in January, to sell them now for €100 apiece, then triple my gains on the stock market in the coming months?” (Please excuse me for a moment, but I need to smash my head against the wall again). First of all, couldn’t we come up with a better name than Covid-Something? Something less bureaucratic, and more human? What about “Wuhan Virus” - short: “WuVi”, or maybe “The Chinese Flu” that certainly isn’t Spanish (thanks God it isn’t!). Then let’s also contemplate the tragedy of human existence again: See the young and inexperienced stumble from panic to panic, buying and escalating every news, until one day, they’ll finally start to wonder (maybe): “Wait,... haven’t we been here, or almost here, before?... #BirdFlu... #SwineFlu... #H5N1... #SARS... #Chikungunya... #ClimateChange” (sorry for the last one). Only by then, it might actually be too late for them, just like it was too early before - the elderly indeed do run a risk (Wuhan likes them, very unlike the Spanish Flu who preferred her partners young and healthy, although slightly worn out by WWI).

Said exhibition at Gemäldegalerie (literally: Picture Gallery, you’re welcome) is (or by now: was) the first part of a double feature, or the “first panel in a diptych”, the second having recently – for a couple of days - opened at Kupferstichkabinett - say that five times in a row, and you’re awarded honorary German citizenship on the spot. That’s not the same venue, yet the same place, a building that houses numerous art institutions (it’s Berlin bureaucracy, it’s complicated). Both will*should have run concurrently for only a short while anyway, which seems a smart move business-wise, to prevent people from posing too many annoying question about the possibility of a combo ticket (there is*was none, obviously).

Some historical context surrounds the art of Raphael in Berlin, one longstanding exhibition ground, the Bode Museum, having once been built around a collection of the master’s tapestries. These were later lost, and presumably destroyed during the war (yes, that one), unless.... maybe you could check your attic again, those cardboard boxes, grandpa brought home in ’45, please? Soon, a book will be published about that episode, but today, Gemäldegalerie is more about five paintings from a series of Madonnas (no, not her), plus a seventh that a Prussian diplomat called von Bunsen (no, not him with the burner!) had advised to acquire from its Italian owner in the 1820s, but authorities not being easily convinced, it went to English nobility instead, and many years later, the National Gallery. Now they show Berlin “the pink”, as curators colloquially refer to a work that is otherwise known as the Madonna of the Pinks, in reference to a bouquet of flowers, little Jesus is seen handing to his surrogate mother.

Our pink lady is a beauty indeed, and a highlight in this small, but astonishing, exhibition. Here we are in the middle of Italian Renaissance, one of the most splendid episodes of human history. The opulent harmony of form and colour still seems overwhelming, and will always be so - the differences to all the medieval paintings in the neighbouring rooms of Gemäldegalerie are striking, that step into Renaissance was a huge leap for artistkind indeed (although, there are some very impressive works around there, too... the Middles Ages had their charms, too!).

As mentioned before, the second Raphael exhibition takes place at - KSK; and it only features works from the museum’s own collection! We’re served seven drawings by the master himself (on six sheets, one having been used recto-verso - shall nobody say, art wasn’t sustainable even back then!): preparatory sketches for paintings that are little masterpieces in their own stead, alongside more than seventy contemporary “collaborations and copies”: works of other artists, who - in most cases at least – with Raphael’s knowledge and endorsement transferred his paintings to copper engravings and woodcuts. Raphael never personally touched the etching needle (as far as we know), but he regularly ordered others to do it for him. Sometimes he provided a design for the occasion alone, but more often they were a by-product - may we say “collateral creation”? - of paintings and frescoes.

Even more, KSK shows drawings from the studios/paint shops of Raphael and his teacher Perugino, the latter dating from time, when Raphael was actually employed there, and thus may have had a hand – or: brush/pen/feather – in them, too.

Marcantonio (sic!) Raimondi was arguably the most famous among those engravers, and his adaptations provide the majority of examples here. He eventually became a friend and collaborator of Raphael’s, having made his debuts by faking Dürers – including the German’s signature in his prints, which was a no-no even to Renaissance standards! Sadly, we don’t learn, and it’s mostly due to the lack of sources, about the exact conditions this partnership was based upon: Raphael certainly profited by commissioning Raimondi-signed multiples, he’d earn more than just prestige by them, at a time when the enjoyment of paintings and frescoes was limited to the lucky few who could travel. But on the other hand, how could Raimondi gain from the agreement? Even though the morals were not in his favour, nobody could really endorse any copyright laws (even if those had existed) - seen from a purely business perspective, we wonder where his motives lay, not to simply do “his own” prints of Raphael - without the master’s implication.

Raimondi’s The Suicide of Lucretia is said to be the engraving which first caught the master’s eye. Interestingly, another suicide of his - this time, the title identifies Dido, appears very similar. Having truly internalised the multiples spirit, Raimondi even copied himself!

Occasionally we’re invited to compare different prints of the same image, so in the case of maybe the best known engraving “after Raphael” (and with no corresponding painting), The Massacre of the Innocents (1511-12). Ramondi’s strong lines and stark contrasts appear a little more impressive than Agostino Veneziano’s rather blurry scene, which nevertheless still has more life in it than Ugo da Carpi’s woodcut, which is mostly the technique’s fault.

Spending more time in the exhibition, you might even establish a general ranking, which could like this: Raimondi > Marco (not “Al”) Dente > Carpi > Veneziano.

Among the works from Raphael’s studio, we discover the portrait of a far travelled elephant: King Manuel I of Portugal had bought “Hanno” - quite obviously named for Hannibal – in India and gifted him to Pope Leo X. He made a big sensation in Europe, and this engraving reminds a lot of Dürer’s Rhinoceros.

Finally a warning: If you are an artist, and hesitate whether, and if so how, you should name your work: Every title might be better than what the afterworld will come up with. Not limiting themselves to “untitled”, art historians go with that Pink or, even worse, Madonna with the Long Thigh, Nos 1 (engraved by Raimondi) and 2 (engraved by Dente).

Arriving at the original Raphael drawings, there’s not much to say other than to praise them. At first look, Jesus and St John Child could maybe seem a little bit plump, but no, that’s really just the first impression. The drawings are undoubtedly the best thing in this show!

P.S.: Having recently lauded the commercial genius of museum shops, here, a certain Northern Italian producer of sweets has let an opportunity pass.

P.P.S.: Be assured, all this hysterics is rather not a PR coup of Art Basel, promoting their new online viewing rooms. And now "let's go to the Winchester, and wait for all this to blow over" (should the pubs still be open where you live, that is)...